Well folks,  this is the swarm that I got a couple weeks ago in Augusta.  That first night was pretty tragic as I lost about half of the bees.  I had dumped out dead bees and put the remainder back into the nuc box and after a couple of days of settling back in, i then took them out to Mom & Dads place still in the 5 frame nuc box.  Last night was my first chance to open it up and see what I had.  I found no queen, a diminishing population of bees, and no drawn comb.  I had put one frame of drawn brood comb in there for them, but they seem to have no interest in getting started on drawing any new wax.  I’m sure that this hives loss was my fault.  I went ahead and put them into a 10 frame hive and at this point I am feeding them and just hoping that they will draw out a couple of frames before they go.  I was hoping that one of my two hives would have a queen so I could combine them to make a stronger colony, but that doesn’t seem to be the case.  I hate to lose the genealogy of the swarm that I collected because they seem to have a great demeanor.  Live & learn.  If anyone in the area has a queen, leave me a comment.  I would even pay for an old, nasty queen that someone is considering pinching.  She could at least get me some eggs to build a new queen from.  Arrrgghh! 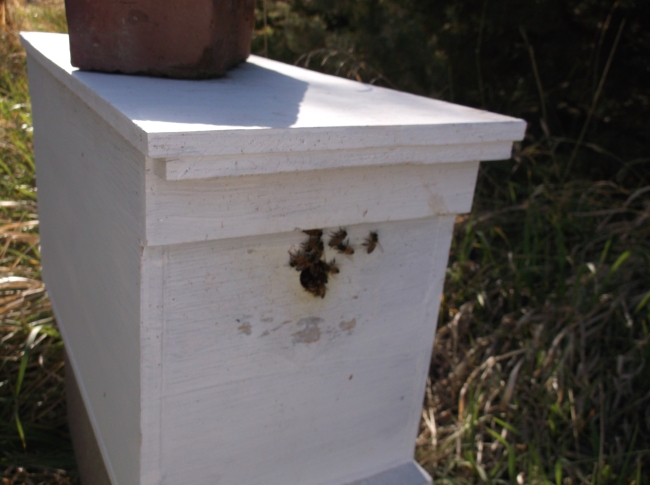 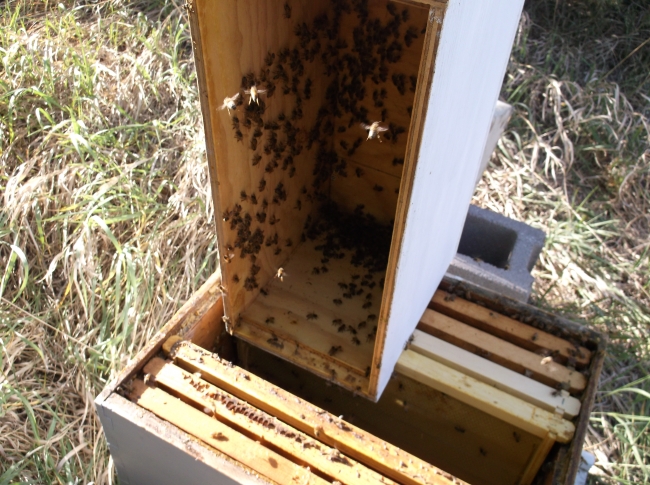